The electric toothbrush is a toothbrush invented by Philippe-Guy Woog. The high-speed vibration of the brush head is caused by the rapid rotation or vibration of the motor core, and the toothpaste is instantly decomposed into fine foam to deeply clean the teeth, and at the same time, the bristles vibrate. It can promote the blood circulation of the mouth and has a massage effect on the gum tissue.

Sonic Electric toothbrushes have revolutionized the field of oral health in foreign countries, such as the United States, Australia, and the United Kingdom. Most families use it, and dental clinics and dentists recommend consumers to try it.

In principle, electric toothbrushes come in two broad categories: rotation and vibration. The rotating toothbrush has a simple principle, that is, the motor drives the circular brush head to rotate, and the common brushing action is performed while enhancing the friction effect. However, the rotating type toothbrush is noisy and the tooth surface cleaning is very clean, but the tooth cleaning is relatively weak. And the tooth wear is large, it is not recommended to use the rotating type of toothbrush for a long time. The vibration type of the toothbrush is more complicated, not only can be cleaned very clean, but also massages the gums, and the price is also higher.

The vibration type toothbrush has an electric drive vibration motor inside, which can make the brush head generate high frequency oscillation perpendicular to the direction of the handle, but the amplitude of the swing is very small, generally about 5 mm from top to bottom. The largest swing in the industry is 6 mm. On the one hand, when brushing your teeth, the high-frequency swinging brush head can efficiently complete the action of washing the teeth. On the other hand, the vibration frequency of more than 30,000 times per minute also causes a large amount of tiny bubbles to be generated in the mixture of toothpaste and water in the mouth. The pressure can be deep into the teeth to clean the dirt.

The electric toothbrush uses a high-speed vibrating movement to drive the brush head to rotate or vibrate to achieve the effect of cleaning the teeth.

Ultrasonic toothbrush is the use of ultrasonic energy in the periodontal cavitation effect to clear the periodontal bacteria and impurities, its cleaning range can cover all parts of the periodontal. Ultrasonic energy is transmitted to the surface of the teeth and gums through the bristles of the brush head, which loosens plaque, tartar and fine calculus and tooth adhesion, and destroys the parasitic reproduction of bacteria in the hidden pockets of the pockets and the tooth surface. Ultrasonic energy transmitted to the surface of the gum by the bristles that touch the gums further penetrates into the gums, acts on the cell membrane, accelerates blood circulation, promotes metabolism, inhibits inflammation of the gums and bleeding gums, and prevents gum atrophy. 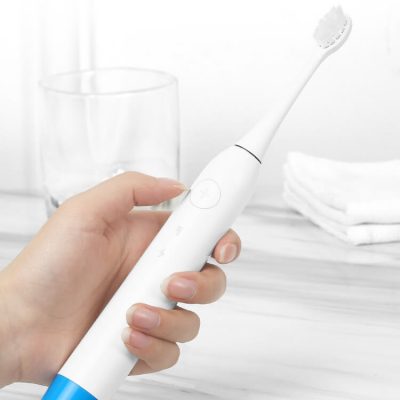 Electric toothbrushes are divided into two types: plug-in power supply and battery-driven. Compared with the traditional manual toothbrush, the electric toothbrush is driven by electric power, and the brush head moves at a speed of several thousand times or even tens of thousands of times per minute. The efficiency is much higher than that of the manual toothbrush, but it also has higher requirements on the bristles, preventing it from being Damage to the gums during brushing.

Electric toothbrushes are divided into many types according to the improvement of technology. Generally, the teeth are cleaned by vibration rotation, and some high-grade ultrasonic instruments are used to clean teeth by pulse and water spray.

There are three ways to move the electric toothbrush head: one is the reciprocating linear motion of the brush head, the other is the rotary motion, and the electric toothbrush is a set of two types of brush heads. The bristles of the toothbrush head are made of soft plastic fiber, and the hair ends are processed into a spherical shape, which does not damage the teeth and the gums, and does not affect the brushing effect. Not only can every tooth be cleaned, but also the gums can be massaged. There are strong and weak conversion mode switches on the handle of the toothbrush, and the movement speed of the brush head can be selected according to individual needs. 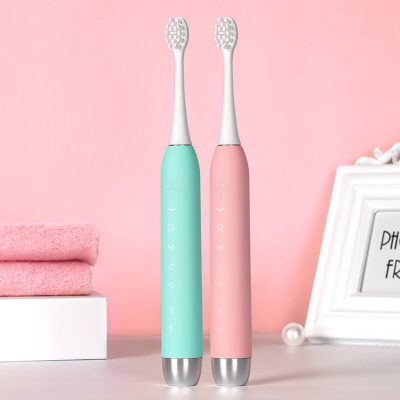 In addition to daily use for brushing teeth can also be used to massage the gums, brushing teeth can be used electrically and manually, and can brush the teeth in both directions. Through the rhythmic tapping and pressing, the gums can enhance blood circulation, and the use of drugs to enhance the gums is better for drug absorption. It has a good therapeutic and preventive effect on common dental diseases such as periodontitis, gingivitis and bleeding gums. Using this brush can change the habitual lateral brushing to longitudinal brushing. When brushing by hand, the method is the same as that of a normal toothbrush.

It is difficult for a traditional toothbrush to completely remove plaque, and the method of brushing is not appropriate, so that the cleaning effect of brushing is greatly reduced. Experiments have shown that electric toothbrushes remove 38% more plaque than manual toothbrushes, and its cleaning ability has been unanimously recognized by dental experts

Incorrect brushing methods will often cause our gums to suffer. The slight vibration caused by the high-speed rotation of the electric toothbrush not only promotes the blood circulation of the mouth, but also has an unexpected massage effect on the gum tissue, and this comfortable feeling is also Only after personal experience can you know.

This applies not only to many children who do not like to brush their teeth, but also to adults. Since the electric toothbrush is much larger in volume than the conventional toothbrush, there is a lot of effort in appearance. Looking at a “sports car” in front of his mouth “running”, brushing his teeth naturally became a pleasure.

When brushing your teeth with a normal toothbrush, the force used is controlled by the user. Sometimes it is inevitable that the brushing force is too large, or the incorrect saw-and-saw brushing method will cause damage to the teeth and gums. Experiments have shown that electric toothbrush can reduce the brushing force by about 60%, which reduces the frequency of gingivitis and gum bleeding by 62%, making the brushing process safer and more effective.

The electric toothbrush can effectively reduce the stains caused by drinking tea, drinking coffee and bad oral conditions, and restore the original color of the teeth. And this adjustment is not immediately effective, but is gradually carried out with daily brushing, and does not cause any damage to the teeth themselves.

Everyone will not have much spirit and strength before or during the morning, so they can’t guarantee the time of brushing and the standard of brushing. The health effect of teeth is naturally greatly reduced. The electric toothbrush can solve this problem very well. The automatic rotating brush head has an ergonomic overall design, which ensures the effective and convenient brushing. It’s so convenient to use, it’s easy to brush your teeth, and it’s easy to cultivate our good habits. 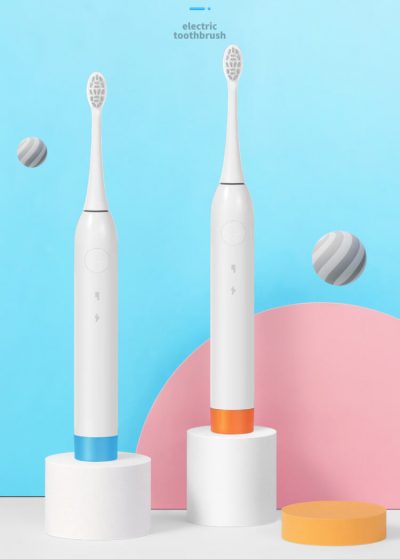 Step 5: What brand of electric toothbrush is cost-effective? 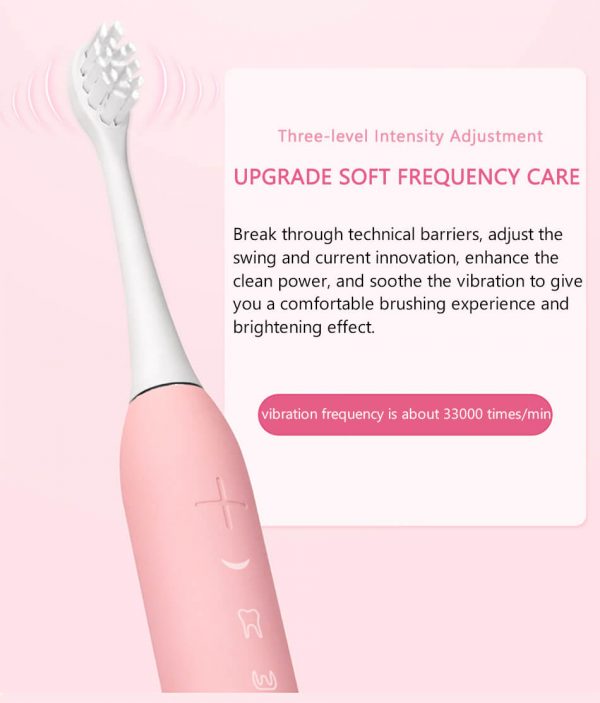 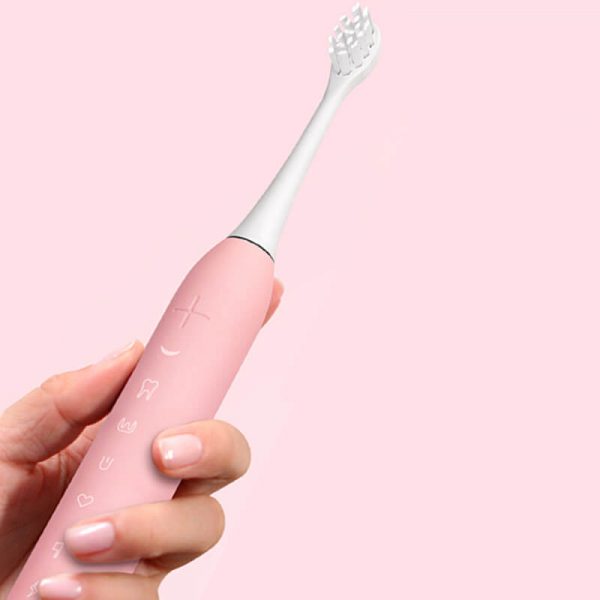 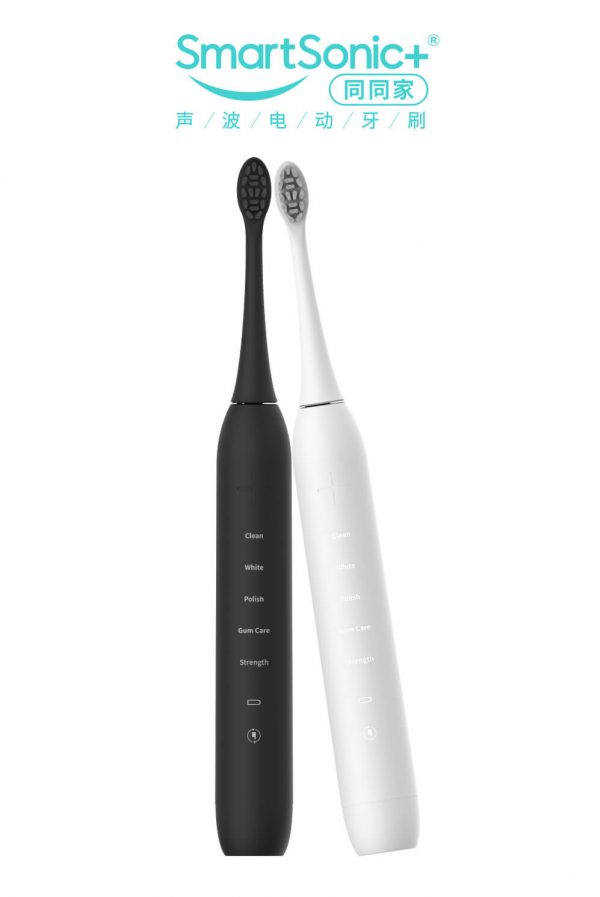 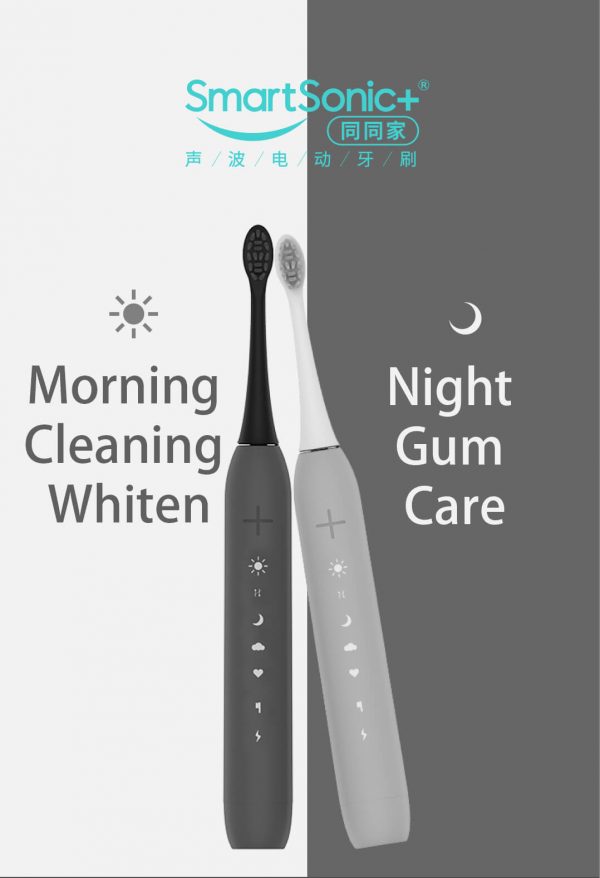